Ring of Marbles is a little game I originally made for the Experimental Gameplay Project on June 2012 (for the theme “Rotating“), and later continued to develop further. The basic version of the game is similar to the old Asteroids-like shoot-’em-ups, but with a twist – your “health” is actually a ring of coloured marbles constantly rotating around you. The “asteroids” and your shots are also coloured marbles. Whenever two marbles of the same colour collide, they’re both destroyed.

The original version of the game had only the Asteroids-style gameplay, plus a one-on-one multiplayer version, while the newest version adds several new game types. The common challenge is that you must always think about three things at once – shooting the opponents (or asteroids), moving away to keep enemy marbles from hitting your ring, and making sure your own shots don’t hit your ring. Game types in the new version include, in addition to asteroids:

Download the game here. The game is free software, released under the simplified BSD license.

Installation: None required, just extract the ZIP file somewhere and run the EXE file (for Windows) or JAR file (for others – requires JRE 1.6).

Single-Player Controls:
– WASD to move, mouse to aim and left-click to shoot.

Multiplayer currently disabled in the new version. Also, all menu options except “Quick Game” and “Exit” are disabled, and the game may or may not hang when a match is over. For now, alt-f4 might be the main way to exit during a match, sorry about that… 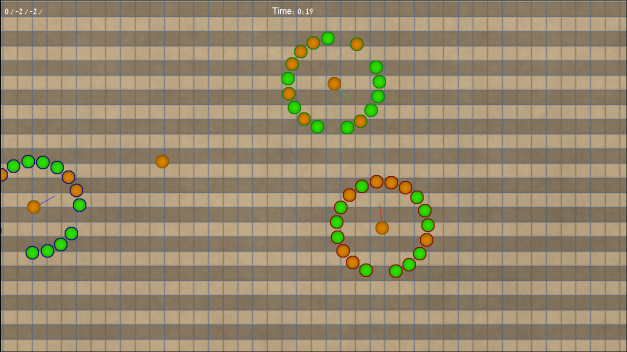 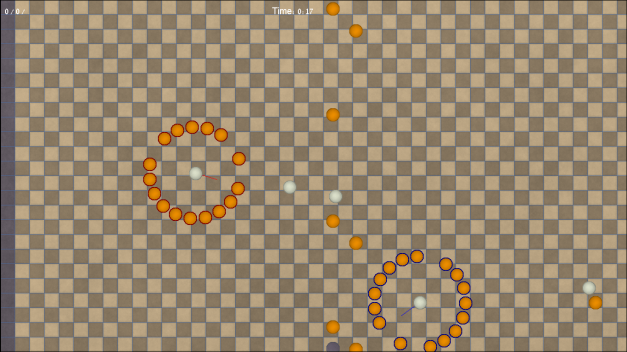 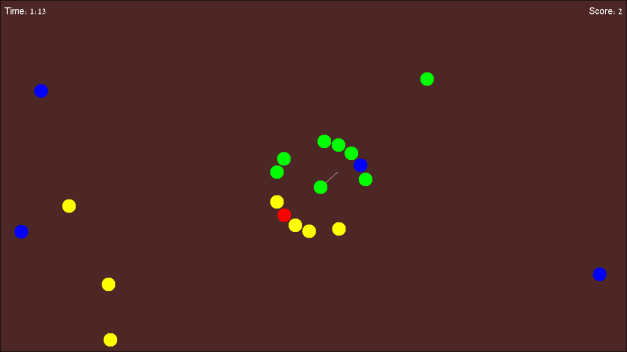 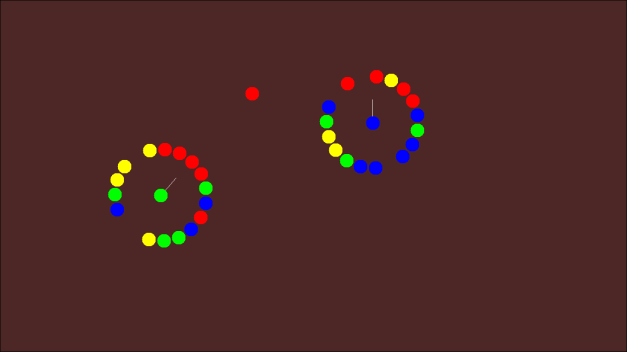 3 comments on “Ring of Marbles”